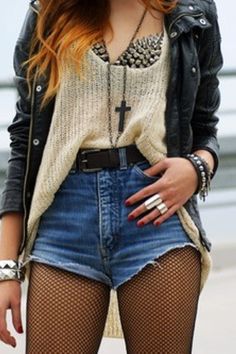 In a faraway country by name Olympus, there was an estate called Bentakara. It was the estate of the rich. The type of Mansions and roads leading to every homestead was an evidence of the luxury shade of Bentakara estate. In one very great mansion that was well equipped with a colorful glittering fountain and two eight-shaped swimming pools, there lived a mogul called Mustapha. He traded in oil and he was a very influential businessperson who valued respect and wealth more than anything else did. Among his offspring’s, was a cute, beautiful girl. She always wore the most expensive dresses from well-known designers. Her name was Angelica.

Angelica was a name known by many people who had made advances for her beauty. Her long dresses always gave ‘hungry’ men that dilemma of wondering what lay deep inside.

This had made many people admire having her one-day. Everybody was taking every chance he would get. In this instance, even the women admired her too. She was the icon of most people considering her dad was a business tycoon.

Every morning, a sleek black limousine driven by a professional chauffeur would halt at Olympik International College and she would step outside slowly and head to her lecture room. Here in school, she was the ‘everything’. Everybody else was a footstool in front of her. She was extremely boastful in school. The fact that her father was a well-known mogul and how she was occasionally brought to school by a ‘million-dollar’ car, she had a lot of pride.

She once saw a fellow college lady with a cute dude and she smacked at her, 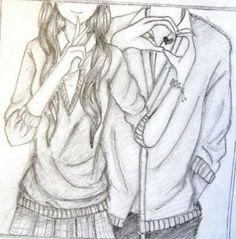 Days later,she exposed photos of her and the dude on the girl’s ‘WhatsApp’ phone. She would always despise dudes with no muscles and those who did not have enough money to take her out on a date. She was getting worse every time she went to school. College had destroyed this girl. She was full of pride and it was taking her to the extreme.

However, Angelica was not a bright girl in school. She always did tricks to pass in her exams. Some of the bright big boys would offer her with every detail and she would promise them sex later. However, she would refute the offer and fail to offer even the glance of her fleshy thigh to them. She would always emerge top in the exam list due to ‘hungry boys’. He used to see them as ‘big-college-fools’. She felt like the diva queen who would manipulate ‘boys’ as she wanted.

ANGELICA THE DIVA QUEEN WHO WOULD MANIPULATE BRIGHT COLLEGE BOYS

One teacher had vowed to make Angelica suffer for what she has been doing. He had known all the secrets that this lady had performed in her ‘well-integrated-tactful ways. He had almost tried all the methods of capturing her but none succeeded. His name was Bruce. None of them had ever been noticed by this diva. He was acting the under mission way. He had taken all her evil records and kept them in a certain disk. He had full evidence of this girl. When the results were announced, Angelica’s name would be called out and she would come forward. She would be humbled with honor in front of the bright ‘college boys’ who did the paper for her. She would then look at them and say in her heart, ‘poor fuck boys’.

One day, Bruce came up with a well-integrated plan. He called for Angelica in his office. The tall curvy blonde walked swaying her hips seeking attention as she shuffled towards the Mr. Bruce’s office. She strutted until she came across Mr. Bruce face. She knew something good was about to come. She had adorned a short skirt, untucked white blouse, a sagged tie and a pair of long white socks. Her attire was sending messages everywhere.

Mr. Bruce greeted her and requested her to seat down. He told her of how her beauty is impressive, how he was moved by her curvy body and he talked about her long wavy hair.

‘I have been thinking of the day I’ll take you out for a date for some time now’ he said as he threw a sharp eye on her.

She giggled as she glared at him.

‘I can make sure you always pass your exams rather than cheating fake boys about offering them sex’ he said as he plastered a fake smile.

‘How did you find out that?’ she asked and plastered a look that expressed a lot of eagerness.

Mr. Bruce was rotating around the office as if wondering what he was waiting for. Angelica kept rotating the executive chair round and round as she fixed her eyes on Mr. Bruce.

‘Can the date be possible by 3pm today?’ he asked

‘Yes! Mr. Bruce. It can even be possible at this time.’ She said in a trembling manner. ‘Please keep that information clandestine. I don’t want to be discontinued’

MR. BRUCE DROVE OFF USING HIS JEEP TOWARDS THE RESORT

Hours later,she got inside Mr. Bruce Jeep and they drove to the luxury Bentakara Resort. They booked a lodge and off they took a lift to the 88th floor where their lodge was. They got inside the place and started rotating the room admiring the luxury antiques and expensive wall decorations. No sooner had they left the bedroom than Mr. Bruce locked the door.

THE ROOM WAS GREAT AND SUPER LIT

He gazed at her for a while. He slowly started unbuttoning his shirt one button at a time. Angelica on the other hand, started walking towards him. Within some minutes the sagged tie, the short dress, the untucked blouse and Mr. Bruce attires lay bodiless on the tiled floor. As the forbidden act continued, Mr. Bruce pulled out a can from under the pillow and sprayed it on Angelica’s nose making her lose consciousness. He got above her and wore his clothes. He had no interest in her at first place. He gazed at her, as she lay helpless on the bed naked. He took her many pics at different angles and positions. He then took a short notebook and wrote a letter to her dad.

‘Teach your daughter some manners. The pride she has will kill her one day. If I would want you to never see her again, I would, but I decided to give her a chance to change. Keep an eye on her.’

‘You can be a very good girl if you want to. Life has many things for you. It depends on what you choose.’ He said as he laid her on his lap.

He took her clothes one by one, as he dressed her slowly. He tucked in the blouse and made her tie well. He held her to the lift and descended to the basement. He kept her inside the jeep and drove towards Bentakara estate. On getting close to Mustapha’s mansion, he drove gradually and dropped her by the gate. He also placed the envelope on her hands and drove slowly. He halted at a certain corner and watched at his side mirror what would happen.

USING THE JEEP’S SIDE MIRROR, HE SAW MUSTAPHA PICKING THE ENVELOPE

To his happiness, Mustapha was alarmed by his guards about his daughter and the envelope. He opened the letter and the envelope too and read it at the gate. He held his chin as he ordered the handmaids to take his daughter to the doctor and prepare her well. Mr. Bruce was still watching at the side mirror of his Jeep. He smiled and drove away to somewhere he would never be found.

SHE CHANGED HER HABITS LATER ON

Angelica got better after sometime and changed to be a good girl ever after.