← TYRANNICAL RULING AND SPECTRE OF NEO-COLONIALISM
the FEMALE DISEASE : ANOREXIA →

(They had spent almost one hour inside the place)

She smoothed her hair using her hands and moistened her lips with her tongue. Her beauty was impeccable and dignity was her second name. she was well endowed with chiseled good looks of the non-plastic kind.

‘One thing I like about you is that you are so sweet in everything. I feel comfortable around you and I feel like am the only one who really matters to you’ Jackie told Jack as they had spent the evening great inside the enclosed private room. Jack smiled as he held her waist and they embraced. They were high school couples who went ahead and became campus couples.  There was a bathroom inside the room. That would cease their ultimate stressful week. The bathroom was extremely cute and the best as the club had invested so much in the making. The granitic floors and exclusive wall paintings were the best they had ever seen.

‘I like this bathroom!’ Jack said as he lay against the wall.  They got in the living room and viewed the room.

Bob and Trisha knocked open the door and got inside. They got inside fully armed in a way to attack anyone who tried anything that would show them hostility. Trisha took pictures and videos as usual as Bob turned around as he kicked all the doors open looking for the couple. They got inside the living room and found the couple in that non-hostile-couplish style. They looked so in love and very undisturbed in their fantasies. Bob and his fellow Trisha came closer and approached in front of the couple.

>  WHEN LOVE HAS  LASTED DESPITE PROBLEMS

Shocked Jackie and Jack stared at Bob and Trisha who were busy taking a video on them. Jackie hid behind Jack as he held her from behind.

‘Who are you and what do you want?’ Jack asked them as they put their gadgets straight on their faces.

‘We are making money through filming people like you who come to have romance in such open areas’ Trisha said.

‘Now you go by our rules’ Bob said as he ordered them to continue with what they were doing otherwise one or two would lose some of their limbs. Their stomach’s twisted into knots of tension.

Jack and Jackie gazed at each other and started talking as they were doing. They feared the gun-nozzle. The red neon light of the video recorder was busy scanning them exclusively not sparing even the fabrics of the high-class room. Bob looked at the video screen and laughed together with Trisha. They felt happy. Just then, Jack took this opportunity to jump and wrestle with Bob in the attempt to take his rifle. They started wrestling using punches and kicks. Bob was stronger than Jack was. Jackie dashed inside the bathroom shaking like a mango-leaf on winter. Unfortunately, the gun twice on the head hit Jack and he lay down bleeding at his eye and mouth. He flew down writhing on the ground like a dying snake. Bob continued kicking his stomach and chest, as he lay helpless on the ground. Jackie grew wild and started shouting on Bob to stop what he was doing. She later went ahead and started kicking his legs as Trisha Continued Filming them as the ordeal continued.

>  HIT AND DUMP ON CAMPUS LADIES

‘Wow! That was awesome. I have never had such a great night ever since I got to this world. ‘Suzzy said as she sat on top of Shadrack. They were gazing at the stars and the huge pool in front of them. Shaddy always made her hair look good as they stared the outside together.

‘The best feeling for now is that we are enjoying one of our last years in Campus and then we can move on with life’ Shaddy told Suzy as they kissed once again.

‘This feeling I have is so great and I can’t wait for it another time later in the future’ she said as she got up holding Shaddy’s right arm and pulled him up.

‘Get up! Let’s dance’ she pulled him up as she twisted her hips to the rhythm of the beat around the pool. This made Shaddy activated to dance. Watching her dancing was even cooler to him than dancing together. He liked and adored looking her twist to the dance because she was a gifted dancer and swimmer too.

THEY WOULD OCCASIONALLY DIVE INSIDE THE POOL AND PLAY SOME GAMES

They got outside the tent and danced slowly as they tingled on every beat and made it so cool. They would occasionally dive inside the pool and continue dancing to the bottom of the pool.  After about 30 minutes, they were exhausted and they wanted to check out on their friends. They slowly got outside the pool and walked holding each other’s arms towards the private room. They walked noisily towards the room and as soon as they got inside the room, they found Jack, Jackie totally worn out, and some weirdo-duo taking a video of them on the act.

‘Damn! What happened Jack? You are bleeding! Who are these people?’ asked shocked Jackie.

Bob gazed at the duo and pointed the nozzle towards them. They moved backwards and they definitely knew something was not okay.

‘Take care of the two’ Trisha was ordered by Bob. ‘I’ll have to get these two for our next move’

Jack was extremely weak. His head was bleeding and he was losing blood gradually. He would be unconscious if the bleeding was not controlled.

Bob started chasing the duo. Shadrack showed Suzzy where the alarm response was and he confused Bob to follow him inside the room. He made sure he rotated inside the rooms until the alarm was rang.

JACKIE REMAINED INSIDE THE SHOWER ROOM AS SHE WAS EXTREMELY TRAUMATISED

He later stood and faced Bob. He walked towards him and stood in front of him. Just then, the alarm response was already inside the room and they arrested the gunman. Jackie got on Trisha’s chest and slapped her a number of times before taking her video recorder.  She later dressed unconscious Jack and dressed too. She hid the video recorder inside her garments and called out for emergency response.  The guards came and arrested Trisha too. Shadrack assisted in holding Jack off the ground and they got outside the club only to get the hospital ambulance awaiting them. Jack was rushed to hospital accompanied by the whole group. 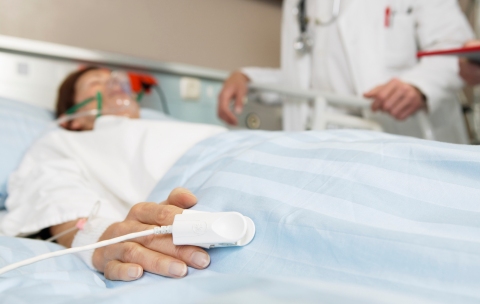 HE FELT BETTER AFTER SOME MOMENTS

After some hours, he started speaking and the feeling in him was mild.  Just then, Jackie ejected the video recorder and showed Jack as she smiled.

‘They didn’t take anything with them’ she said as she hugged Jack on the hospital bed.

OTHER GOOD RATING ARTICLES BY M.I.T.

← TYRANNICAL RULING AND SPECTRE OF NEO-COLONIALISM
the FEMALE DISEASE : ANOREXIA →