Today is June 1st 2016. We are in this part of the world that has become extremely party-engrossed every day of the week. Theoretically, here at campus, there are parties every day of the week. ‘Hungry’ Guys prey on unsuspecting ladies and ‘screw’ them without their consent. Nowadays, almost all campus parties must involve premature-sex; not just booze and dance –that is what a ‘complete house party’ is explained in simple terms. The crafty ways that are being used to drug ladies are well pronounced products that are effective in making damsels drowsy and accept almost everything at their new ‘mood.’ We came across this lady who almost succumbed during her first campus party. She was drugged and roughly deflowered by a guy he met a few days before the party. What she recalls was the way she couldn’t resist the guy in any way during the act. She kept saying that the drug had something to do with how she was so naïve and submissive. In her dreams she says that she keep seeing the face of that guy making her nights uncomfortable. 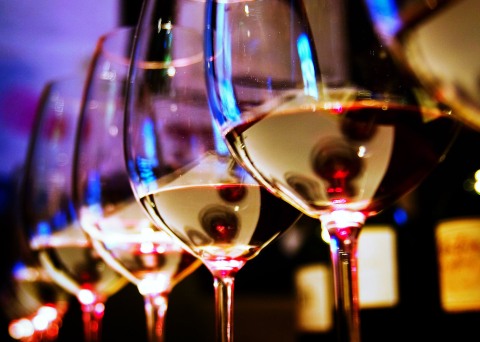 Want to get to know the creative story…

This is the story.

‘It was June 2015 when I met this hunk. He was handsome in the eyes and had those shoulders that would submerge me completely during an intense hug. His masculine gusto was in the heights and his smile made my knees quiver at the patella. We met when I had just finished my 2nd year board of examinations. We shared stories and we got to know each other even more. We both resided in campus hostels. In that one week that had remained before the semester break, there was a series of house parties that had been arranged at different hostels. The campus was extremely noisy even at night. Huge woofers and loudspeakers led the day in the ‘high-pitched sound cocktail’ as if people were competing which of their speakers had the best beating than the other.

My name is Stella. My ‘boyfriends’ name was Steve. The exams were over and the feeling of attending a campus party was all what Steve could think of. This made me wonder what he actually wanted with the campus parties. He had actually asked me to have an affair with him but I had given him a big NO! I think this was a kind of a trap to push me in for it but I trusted him. Maybe because I had not flee myself to any man since I was brought to this world. I knew he was the best person for me even in such circumstances. He couldn’t allow it too. He was a straight man. I gave myself that frail motivation until I was fully confident.

Towards the end of the week, I saw him chat frequently with some campus ‘boys’ and ladies. I approached him and asked him what he was planning. He informed me that the house party was to be an ‘epic one’. He continued by informing me it would be the one to best describe what a ‘bash’ was. I couldn’t understand what it meant by his terms.

On Saturday, the party was scheduled to be at night from 9pm. The venue was outside campus in a certain bungalow. The fact that the party was outside school, it made me feel great. I felt great attending a house party outside the campus residence. It was always associated with some bit of class. That day, Steve informed me to adorn the best of party dresses that I had in my closet so we would match up for the event. He was also a sharp guy with extreme taste for suits and gallant clothes. I liked him so much especially when it came to making himself look neat and official in front of people. 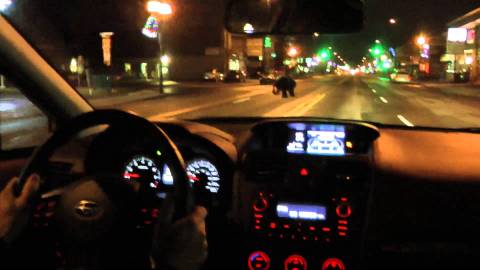 I adorned myself with my red-white polka dotted dresses complement with those heels that made me almost the equal height of Steve. Just after I had applied the best of cosmetics, he called. I took my purse and stepped outside my room only to meet him there. He grabbed my hand and we walked together majestically towards the campus halls exit. Most of the comrades turned their heads to at least get that glance of the ‘wow couple’. We arrived at the gate of the hostels where a blue Subaru halted and we boarded. I did not know where I was been taken but I had trust in my guy Steve and if at all things went the unexpected way, I had a plan too. Steve seemed to know the guy who was driving very well. They were talking a lot of stuff.

We took a bend off road and the car halted. A tri lady squad stepped inside. They had adorned those tight fitting shorts and briefs, which were extremely exposive. I personally did not like such clads in a lady. It was so humiliating to walk with such a lady. I had to squeeze myself so we would fit inside the back seat completely though the stuffy feeling. Actually, they had bigger compartments and this made me the ‘weak’ of the lads here. I tried to comfort myself. I looked at Steve’s nape. I did not know why he would squeeze me at the back seat with the ladies double my size. I was truly uneasy but I tried to comfort myself.

Within a short time, we approached a massive gate, which was artistically and beautifully painted in black. The gate opened and the car zoomed inside to a certain lot where other vehicles had been parked. We got outside and my Steve directed me as he held my hand to the insides. Loud, dance music was playing in the background; the speakers well equipped for a party. I loved the sounds of the music system. It was not a cheap one definitely. We entered the house that the party was scheduled. It was not just a house. It was a semi-hall full of ‘sofa’s’ [couch] the ratio of ladies to men was almost 5:2. We were about 12 ladies and the guys were about five of them. I sensed something fishy was about to happen but I gave myself courage. As ladies, we sat together as the dudes prepared the drinks and the venue exclusively.

Some of the ladies got to know me and I got to know them too. We interacted together cordially. The air in the room was getting ‘wild hot’. Two of the ladies I had in my group stood up and started dancing those very fishy dances. The guys got in one by one as they gave us drinks and made sure we were already drinking. Steve came to me and gave me that cold kiss. He was up to something but I could not figure out what it was. He was not in his normal state. He gave me another wine glass after he took a gulp and told me to drink as we danced like the 90s couple. I was feeling peculiar. I guessed something was consuming me up.

Suddenly, an electric fan was started. I could not figure what it was all about but trust me it was not in a good climax. The ladies who were at the closest proximity with the fan were the first to go ‘off’. Just like the way you switch lights off and on again, the ladies dropped down on the floor weakly. They started calling the names of their dudes in a sluggish and ‘wanting’ voice. They looked extremely stimulated by the ‘thing that the fan was blowing towards them’. I guessed it was a sedative. Using my right palm, I blocked my nose and walked towards the fan to figure out what we were busy inhaling in the hands of five men. Unfortunately, I could not even get close to the fan, I dropped down on the floor and I started calling out my boyfriends’ name, ‘Steve!’ ‘Steve!’

i had started seeing silhouettes of men. the drug had taken control of me

I had changed. My entire body was sensually aching for something that could only be satisfied through him. I lay on the floor helplessly. Being the last one to drop on the floor, the ‘chemical’ had not consumed me completely. I could see some people getting inside the mini-hall through my blurred vision. I noted that almost 10 – 15 men had got inside the room. They had only adorned shorts while some had briefs. Those who had clothes had already began undressing them throwing them anywhere inside the hall. Looking at Steve and the guy who brought us, they had their clothes on. They talked as they greeted each other with the other men. They were given cash from a big khaki bag and they disappeared from the room.

The guys inside the hall started picking the ladies I had come with. Before my eyes flashed out completely, I saw one had already started raping my fellow lady. My eyes flashed out. I was blind though I would feel myself been moved from side to side. I could not do anything. Whatever they had used to sedate me was just too much. After some hours of unconsciousness, I got up only to find myself inside a moving van with my fellow ladies.it was morning. They had already got up. We were all confused. From how I felt in my body system, I had been thoroughly raped. I could feel it, as pain was the significant sign. I could not even spread my legs in a bid to get up. I tried to imagine the 15 men could have taken turns as they were garnering their satisfaction. The other ladies were also in the same dilemma I was in.

The van halted. The back door opened and someone forced us out. We watched the car leave. It was in the middle of some woods. Luckily, one of the ladies had knowledge about the place and she could not hesitate to show us the way back to town.

I got back to my hostel room. My roommates could not hide their anticipation of knowing how the party by the mysterious guy ‘Steve’ was. I did not know what to inform them. I faked with a smile and informed them it was fine. I got to the student clinic that morning and was started on HIV prophylactic therapy and also the post rape prophylaxis. After the day was over, I went to my room and informed my friends of the horror that I saw on that fateful night. I could never forget what that happened to me. After some research, Steve was not even a student. He is a businessman who has been in this trade for a long time.

see also: A GLOW IN THE DARK

This is a wake up call to all the damsels out there. The worst happens and nobody is held responsible. In the current world, everything is a business even where someone did not reap. Take great care. Such Ruthless men like this should be banished and put to justice for their evil acts. However, let us not forget that prevention is better than cure. Let us be on the look out!

‘ Names and identities should not be implicated to anything. This is just creative works by Melting Ice Towers.’

other articles by Melting Ice Towers