← ABYSS: The One Night Stand That Ruined Me
DESESPERADO: NAIROBI CITI CHRONICLES →

​OBSESSION: I FELL IN LOVE WITH MY DOCTOR 3 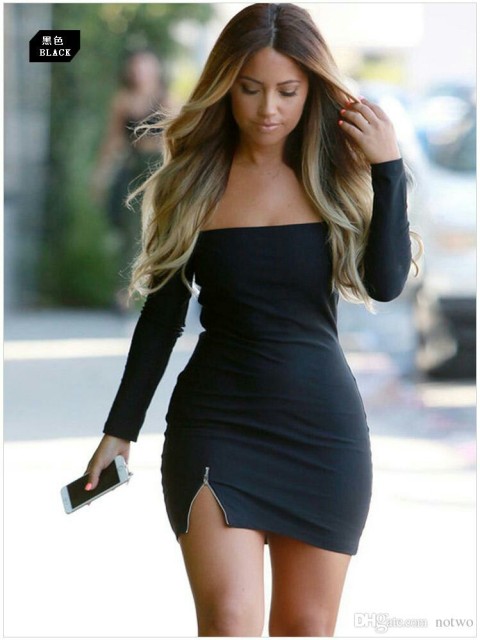 Erick – A Mental Health and Psychiatry Doctor
She started walking on the corridor towards Dr. Erick’s office as she peeped on the patient’s rooms through the observation window. Just before she approached Dr. Erick’s office, she saw someone who seemed familiar inside one of the cubicles. She moved closer towards the window.

She got closer and closer raising her eyebrows as she pushed her floral long black hair behind her head. Before she could reach the observation window to get a facial clarity of the person before her, the last patient who was at the doctor’s room got outside closing the door behind her. She quickly, hunched her purse on her shoulders, straightened her clothes and quickly ran her body a survey using her eyes then started walking towards the doctor’s room. Just before she got inside the room, she ran her lips through a thorough cleaning using her exploring tongue. The inscriptions on the blue hospital door read:  DR. ERICK – MD, M.MED, and PHD (PSYCHIATRY). At last, she got inside the room and locked the door behind her.
He was busy at the behind desk scenes looking at some of the files. He at once raised his head and pushed his reclining executive seat towards his desk. He looked at her.
‘Aha, you again.’ He said.
‘Yeah, you dropped your keys at the car park.’ Sharon said as she lifted his keys at her shoulder length smiling.
‘Ooh, thank you very much Sharon.’ he said, as he seemed very grateful shocked by the fact that he could actually lose his keys.
Sharon lifted her bum from the black rotating seat and walked towards the doctor’s space. She extended her arm and handed over the keys to him. She looked at him for some time as if admiring him and later turned her back on him. She opened the door and before she could get outside, Erick halted her.

‘Hey, wait. Wait.’ He said as he got up from his seat.
Sharon looked at him and closed the door again. The duo was inside the room again. Her brown face seemed to have started becoming reddish especially at her cheeks. Her big eyes rose to view him, as he got closer. She seemed to have something in her that she did not want to say it or reveal what she actually felt. She looked at him. Her hands held on to each other at her abdomen area. Her dress had a certain design that revealed one of her long brown aphrodisiac leg. Dr. Erick could at many moments pretend not to be looking at the gorgeous before him as he peeped on her while she was not really viewing him.
‘I will escort you to your car because I have a lot of patients to deal with’ he said in a very confused manner as he rubbed his hair using his right hand. He removed his white coat, which had been filled with tags and IDs and   hanged it on a nail behind the entrance door. He washed his hands on the sink next to his chair and wiped them dry.

‘Let’s go.’ He said as he rushed to open the door. Before he could pull the door open, he saw Sharon was not moving a muscle off the door. He gazed at her. Their looks could not just vanish into thin air without an Olympian goodbye. He stretched his huge arms and grabbed her slender waist towards him as he lowered his head and kissed her. she extended her arms behind his head and dug inside his hair lifting her toes to at least get the notch of his ‘molars’. They released each other after about three minutes of intense burning of calories.
He opened the door and using his hands beckoned her to get out first. Sharon got outside. On closing the door after him, he noticed there was no patient in the waiting bay.
‘Oh My! There are no patients here.’ He said as he pointed at the waiting bay.
Sharon was not that surprised though.

‘What do you suggest?’ she asked.
‘We can go out for lunch. I will buy you lunch today.’ She said
‘Due to the hospital protocol. I will stick around till around 12:45pm. Then we can go for lunch. You can be at your car or in my office. What do you suggest?’ he asked her in a very begging manner.
‘I’ll stick around here at your office.’ She responded. ‘Does that sound okay?’
‘Yeah. No problem.’ He responded.
The duo got inside the room for a third time.
They got into the discussion about current affairs for some time.
‘So, tell me about your life generally.’ Sharon asked Erick.
‘My life… mmm… my life is simple.’ He responded using both his hands and mouth to elaborate. ‘I come here daily from Monday to Friday as a routine.’
‘What do you do on Saturdays and Sundays?’ she asked.

‘I’m not an adventurous type of person. I stay at home watching films, football and that’s the time I get to cook since I buy food on weekdays.’ He responded while smiling at her.
‘Wow. That is impressive of you. How about your relationship life?’ she asked and this time round, she got closer to him. She stretched out her arm on the desk and held his left hand. She held them as she paced the fingers one by one.
‘I see you have not yet married.’ she said as she looked at him. ‘Have you given a though about it?’
Dr. Erick seemed frozen and completely struck by the question. He was not the type of person who could easily talk such things with people. He reserved them for himself. Again, nobody had the guts to question him such things except this beautiful sensual woman who was driving him crazy right in front of his eyes. He stammered as he tried to say something.
‘You tend to tickle my inner self most of the time’ Dr. Erick opened up. ‘Nobody has gone to that extent you are at’
‘What do you mean by that?’ Sharon questioned yet again a direct question as she increased her grip on his left hand.
He paused for a while as he looked often on the sides in a shy manner. He mostly tended to avoid looking at her directly.
‘I mean, I’m starting to love you.’ He said as he got up and lifted her towards the other side of the desk. He made her seat on her.
‘Wait, have you locked the door? I don’t want you to lose your job.’ She said as he pushed herself from him and stepped on the ground.
Dr. Erick slowly got up and walked towards the door. Using the hospital keys on the table, he locked the door from the inside. He walked back to his chair and Sharon sat on his lap yet again. His muscles became firm and tensed. Her bum sinking deep into his vastus lateralis muscle as she held his shoulders using her small left hand. The pleasure of physical connection had intensified. She gazed at his eyes with deep interest, her pupils belladonna-d. Her patted dress was revealing to her right leg and Erick’s prowly fingers could not hold their guts for an extra second.
‘Knock! Knock! Knock!’ there was a knock at the door. The speed to which acid changes litmus paper to red was evident in the scenario displayed by the duo. Within no time, Sharon was sited at the patients chair as Dr. Erick was decorated on his lab coat as he walked majestically to open the door. Sharon had already made her already disorgansed hair while Erick was already combing his palm tree plantation that had been grisly manipulated.
The door opened and the hospital in charge got inside.

‘Dr. Erick, we need to talk about the current psychiatry statistics. Are you busy or I can just get in?’ she asked.
‘I had just finished with my client. You can get in.’ he said as he directed Sharon outside the room.
As the door closed behind her, she stood there at the waiting bay for some time. She bit her lower lip and closed her eyes for some seconds. She put her purse on and started walking outside the room. He approached the wards array where she stood at the same point she had previously being. She looked at the man inside the place. He seemed familiar. She could not be able to view him clearly, since he hid his face with the blankets.
‘Sharon?’ he called out as he removed his blankets from his body. He got out of the bed. His only cloth was a white apron. He got closer to the window and looked at her.
‘Sharon?’ he called out.
‘Robert?’ she called out too.

← ABYSS: The One Night Stand That Ruined Me
DESESPERADO: NAIROBI CITI CHRONICLES →