I had just woke up. The time was 05.30hrs. My ever-Busy wife was still sleeping. At the corner of the spacious bedroom, I sat on a low-height jewel locker with my iPhone on my right hand as I watched her. Her face soo innocent and beautiful as her eyes closed firmly. The blankets on top of her rising up and down in response to her unfailing healthy lungs. I recapitulated in my short term memory of the episodic matrimonial day when I looked her straight in the eyes and kissed her full eager lips in front of a huge congregation. It was an awesome thought. The first few months haven’t been hard as people say about marriage.

So today was to be a huge day for us since a certain Cabinet Secretary was to hold a Welcome-Home ceremony to his Abroad kid who would be arriving in the country in a few hours. My wife and I were qualified photographers who were well experienced and had degrees in photography too. We would be called in almost all the big events due to the sensational images and our daring professional prowess to impress on such events. Our work was a sure gate pass.

I looked out of the large bedroom window and gazed at the city roads. The city looked beautiful. There was no traffic jam at the time. Some mega supermarkets and stores were still operating. Thanks to big business investors who understand the art of making money and satisfying their clients.

I tightened my blue sleeping-gown on my waist as I scrolled my iPhone for any updates on the coming event. I knew it was going to be a great day. As I was busy fantasizing about the day, I heard my wife turning on the bed and looked at her again.

She opened her eyes semi full. As she tried to open them well to visualise me. She rubbed her eyes using her left hand and gazed at me more closely.

“Hey. You got up to early.” she said as she spread her legs towards the bottom of the bed and slept in supine position.

“Good Morning.” I said as I came closer and kissed her lips. She was warm. We looked at each other and smiled today. We knew what we expected something great today.

She lifted the blankets exposing her au natural body and directed my right hand towards her belly. She looked at me and smiled. She was 8 months and some weeks pregnant. She hadn’t hit the 9 month yet. Her belly wasn’t that soo big as the once we have been viewing on the Web. I remember the Nurse Practitioner telling us that for a first time woman (primigravida), the uterus has a good tone and  it’s not stretched thus it’s hard for someone to notice their pregnancy not until they are almost on their term dates.

We looked at the belly together as we noticed some movements on her belly.

” Yeah. I saw that. That is wonderful.” I said as I was soo pleased.

” I don’t know. But I am ready for anything that God gives us.” I said as I encouraged her to get out of the bed.

She didn’t want to get out of the bed as she tugged me as I tried to leave the bed. She pulled me back and held my gown pulling me down towards her.

“We have never asked the nurse practitioner about having a “good time”  at such an advanced stage of your pregnancy.” I told her as I thought my wife wasn’t for the idea.

“It shall all be well.” she told me as she pulled me on the bed.

I quickly removed my gown dropping it on the carpeted floor and got inside the sheets. We were in between the sheets and for the next hour.
The time was 06:44hrs, I quickly got up and rushed to the bathroom. I took a short but perfect shower and rushed back  to the bedroom. I woke her up and she went to the bathroom as I dressed for the occasion. A black suit complement with a white shirt and an Olympian tie. I rushed to the kitchen and prepared breakfast and put on some sausages and put them on the dining table. She arrived at the dining room looking  elegant as usual. That clothe was perfect on her better than when I bought it at the mall. We hurriedly took breakfast and walked down the stairs towards the basement car park.

The time was 7.55am. I Opened the front  door for her on our new Toyota Crown type of car and started the engine. We coasted through the city and approached the luxury Kitusuru Estate. At the gate we showed our identity and we were allowed in. Parking the car next to the guest vehicles, we got outside the car with our huge camera/ camcorder bags. My wife was to take the videos because she was a great videographer while I was to take photographs. It was our norm in events.

The event kicked off at 10am. It was  a colorful event  not until my wife poured some clear gush of fluid from under her official dress. She looked at me from the back of the crowd and her face seemed to be soo annoyed. She only had her eyes at me. I rushed towards her as I assembled other guys to continue with the video taking and photo taking. With the small knowledge we were given by the nurse on every visit, I knew this was something I should report to hospital immediately. Some women helped me take her to the car and just then, the cabinet Secretary commissioned a fully fledged ambulance to take her to hospital. I was feeling relieved as I feared she might deliver as I took her to hospital and I didn’t have any idea on what to do.  I wasn’t allowed inside the ambulance and so, I followed it with my car towards the hospital. Due to the jam, I got blocked somewhere on the traffic while the ambulance was given way all through. I was soo agitated by the situation I had landed into. 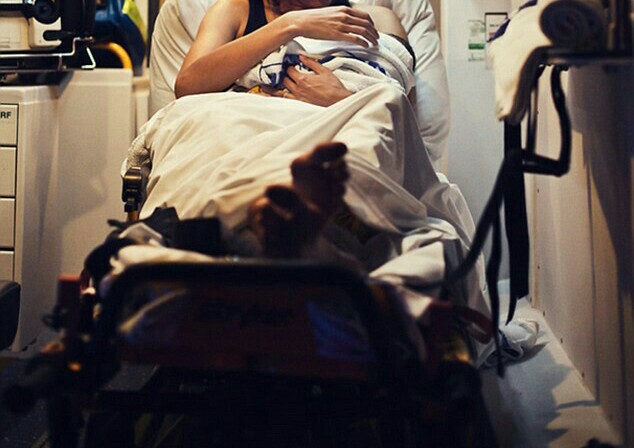 After about 15 minutes, I arrived at the hospital only to find the ambulance already there. I rushed to the back door where my wife had been placed and as soon as the door was opened. I was flabbergasted by the sight. She was lying on that ambulance bed happily holding a new crying baby. The cry was soo loud that I feared they had injected the baby but I heard them saying it’s always good when the baby cried during birth. My wife’s face was lighted. I tried to get in but the nurse’s at work told me to keep off until she was ready at the hospital ward. I begged them to at least allow me to see her face. They informed her and she lifted her head and looked at me with that spending smile. I knew we had formed a new blood in us. I was a father  And she was a mother. 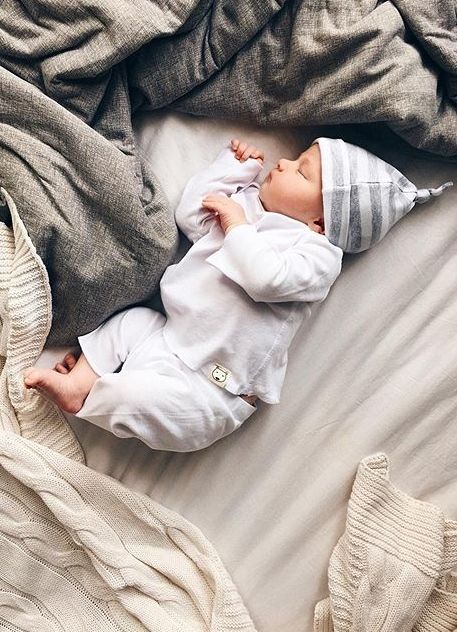