← THE MATH BETWEEN US
The Ambulance →

THIS IS PART 6 OF THE STORY ∇∇∇

He walked to the red wall on the side where there was a white socket. The socket contained two buttons. A red and a green one. He immediately pressed the red button and the machine started grinding. The sound it produced was so loud such that I felt a buzz in my ears – tinnitus. Despite having the jacket that Baron had given me, I still could feel a cold shiver breaking through my spine. I tried to urinate but there was nothing on my bladder. I was restless with my mind soo preoccupied. I had seen what he was capable of doing and I did not want to be the victim of his acts. I swore to die trying to save myself rather than be pulled like a headless chicken. I sat on the cold floor, just next to Boyka. He seemed to be regaining his power as he moved far away from the machine. I too could not want to be near it. I moved away from it too. Baron stood just in front of us, watching us as we tried to escape out of a roundhouse. There was no way out for sure.

‘What did he want to do with us?’ I asked myself.

I could not want the thought of me being grinded by the machine coming anywhere cross to my mind. I trembled.

Baron took on of the wooden chairs and sat before us. I spaced again far away from both of them. I trusted none. They all had left scars in my life both physical and emotional. I hunched up my knees to my chin and covered myself completely with the jacket hiding my thighs.

‘Boyka!’ Baron called out on him. ‘How could she have overpowered you?’ he looked at him straight in the eyes, as he seemed to be quite ungrateful with him.

‘Tell me the reason as to why she beat you up like this.’ He asked again as he seemed to get bitter. He started biting his lower lip as the huge vein on the forehead started protruding.

Boyka did not respond anything. He lay there gazing at him as if he had just seen a horned leopard. He stayed there like a stature. His lips moving up and down like a mental patient who had been given an overdose of chlorpromazine. His eyes were red as beetroot and hands were a bit bloody. I looked at Boyka once more. I looked at his hands and remembered how he had worked on me soo ruthlessly. I kept quiet for I waited for Baron’s next move.

‘Kill me Baron’ Boyka’s lips sounded something horrible I had never heard another say before.

Baron got up and moved one-step behind. He slowly lifted the wooden chair and with the strength of a demon, hit Boyka’s chest roughly. I watched as Boyka’s mouth ejected blood as he landed on the floor a number of times bouncing as he threw his legs like a dying Luhya chicken. Just as Baron was about to hit him again, I got up from my sitting position and objected to his intentions. I could not allow someone to kill another in front of my face.

‘What! No. I don’t agree to this.’ I shouted with a loud voice. I knew Baron could never hesitate to do it. He is a man who did not care about anything. I held both his hands tightly and continued shouting at him to stop what he was trying to do.

‘Whack!’ he slapped me soo hard and pushed me to the wall making me hit the stonewall almost breaking my left jaw. I started screaming soo loudly as I now knew I was alone in this. I rushed to Boyka.

‘Hey! Hey!’ I called him as I shook him on his lying position. I could see his chest moving up and down though he seemed lifeless. His eyes were wide open and only the white part of the eyes was visible. In short, he looked like a ghost. Despite my efforts to wake him up, all he did was lift one leg and moan on the floor. I bet that chair might have broken almost all his ribs considering Baron’s strength and the force he had employed in hitting him. I wanted his assistance in beating this Baron. How could he beat us both as if we weren’t people? I asked myself while crying soo bitterly. The room was round in shape and the only door, which I could use to escape, had been locked by Baron.

‘Get out!’ Baron shouted as he removed me from Boyka’s body. His red eyes and strong hands exposing his lethality. He grabbed him by his trousers and lifted him up. He looked at him and started walking towards the grinding machine as he pulled him by his side.

‘You told me that you wanted to die. Right?’ Baron asked him. ‘Well then, I’ll kill you.’ 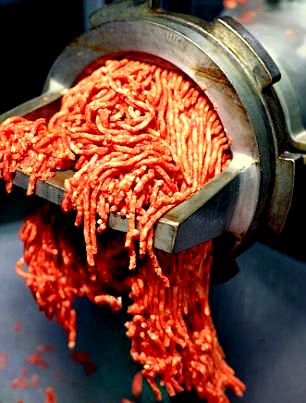 He put him on the conveyer belt that directed items to be grinded under the tonne-roller. Boyka was unconscious and couldn’t master any abuse. Baron started the green button, which started moving the conveyer belt towards the roller. I watched in shock, as his legs got grinded to pieces as his abdomen got eaten up slowly as the machine ascended to his face. Blood spurt in the wall as the sounds of bones been crushed became evident. The receiving end of the machine was an entire butcherly store. I don’t know how many people he had killed but I am pretty sure the number is a lot.

For a moment, I closed my eyes. I didn’t want to see the end. I stopped screaming. I stopped crying. I was ready to go to my savior. I had got tired of this world. How could people be such dis-humane? I couldn’t imagine. This was a person I had trusted to be my best of friends. No doubt, that he had already cut my finger, mistreated me to the worst, and moreover, killed one of his friends –Boyka. I threw the jacket he had given me on his face and slapped him severally.

‘Kill me too! Kill me!’ I shouted on his face as I slapped him hard on his chest.

‘Is this what you have been doing all through?’ I asked him bitterly. ‘How did I not know you earlier?’

He stopped gazing at the machine and directed his eyes towards me. He walked towards me, lifted me up, and made me sit on his hands as I directed my legs around his waist. He forcefully kissed my dry cracked lips for some time before applying some lube (his saliva) on them. He spread his fingers across my bum and grasped me more tightly. I wasn’t responding in any way to what he was trying to communicate. I had no guts. I had lost the interest. He put his head on the right side of my head and kissed my sensitive neck as my nuchal veins pulsated on his lips. He started kissing my neck continuously as he coasted downwards towards my cleavage area. I couldn’t allow him to go past that. I threw myself from him and slapped him severally on his head. Instead of him feeling the pain, I could feel intense pain on my palms after slapping him.

‘You are my medicine. You need to know something about me. There is soo much that you don’t know Bella. I need to be true to you.’ He said as he opened the door.

‘I don’t want to hear anything you have to say. I’m completely fed up with you. You are a monster. You aint a human being.’ I screamed this words continuously as I cried soo bitterly.

‘What do you want to do with me?’ I asked him in a frail voice as I followed him through the open entrance.

I hesitated. I didn’t want to go.

He walked past the left door and opened a certain wardrobe. It had clothes. He told me to get dressed.

‘Tomorrow is Monday. We need to be in school.’ he told me as he threw some clothes towards my side.

I realized they had only kidnapped me for two days –the weekend.

I wore the clothes, which seemed to be for another lady. They had a scent of some Muslim spray. I didn’t want to ask many questions about it.

‘Follow me.’ he said as he directed me towards a certain route, which I had never seen. We approached a wooden door and he pushed it open. It was a garage. I got inside the place. Baron walked towards the car at the corner and started the engine.

He beckoned me using his arms to get to the car, which I obeyed. I got inside the car and he drove outside the place. It was dusk. He drove through some weird routes that I have never traveled on and soon, approached the main route to town. I now got the map of the place I had been hidden.

‘You are soo quiet.’ He said as he looked at me.

I looked at him as he drove towards our estate. I still couldn’t imagine this was my Baron. The guy who I wanted to be with forever. My bandaged hand was because of him. Not forgetting he had killed a man. I kept staring at him.

The car halted. I got back to my senses and looked at the windows. I was right in front of my house. I slowly opened the door and got my first leg outside.

‘Wait, remember you are my medicine.’ He said to me with that solemn look.

I hurriedly banged the car-door and started walking towards the gate.

I opened the gate and locked it behind me.

I stood there for a while until I heard the car wheels screeching.

‘Where have you been Bella?’ my mum’s voice as she washed dishes from the kitchen caught my ears.

Watch out for Phantom 7 in one week’s time

Other Top Stories on the Blog

3. Mombasa to Uganda : The Pimpin Voyage

← THE MATH BETWEEN US
The Ambulance →