← The Catawampus – Caanan Estate Experience
​OBSESSION: I FELL IN LOVE WITH MY DOCTOR 3 →

ABYSS: The One Night Stand That Ruined Me

Arrgh! The Only One Night Stand

We had just been meeting and those unexpected exceptional one night stands would always happen. That moment when our eyes met and I felt some heaviness inside my undergarments, I knew that it had to happen. I was not the dominating one in this since she also wanted to have some fun too. In biology, I remember we called it a symbiotic relationship. It has never been serious. We loved fun. Is that what everyone feels good about? Yeah that is it. I have to admit that the one-night-stands were soo great that i only longed for the next time i shall meet this electric beauty. I bet you understand the meaning of the term ‘electric’ as used in this context. Her name was Sally. She was the dazzling dark beauties of all time. In my village back at home, she was the only girl who at least managed to own some flesh in her gluteal tissue. To add on to that, she was the infiltrative type of lady. Meaning, she was choosy and selective to certain men. I knew she had fun with many people but I still could not get enough of her time. She had a cartel of men who I guess operated on her on my absence. She would get admitted and discharged after been worked on for hours or days. Sometimes I thought she did it for cash and that is why every time I came back to my village from college, I used to have a packet of approximately a 100 barrier contraceptives. I had that feeling deep in me about what I was getting into.

Therefore, it happened that this day, I managed to get home from school on a Friday. I was extremely tired and weary. The time was 3:30pm. The sun was still shining bitterly on my clean-shaven head. There was a bit of a shaky drizzle that was trying to drive away the sunny weather. I approached my village that was situated in somewhere deep in Ukambani. A lot of grass-thatched and mud-walled houses were the spectacular things in this region. You can imagine the tourists would come to take pictures of our houses and pay us. That shows how deep poverty had stricken our village. The only privileged man in the area was called Mr. Muthama who owned a wooden house and a bicycle.He made a lot of cash when ferrying residents to and from town and that is where he got his cash. 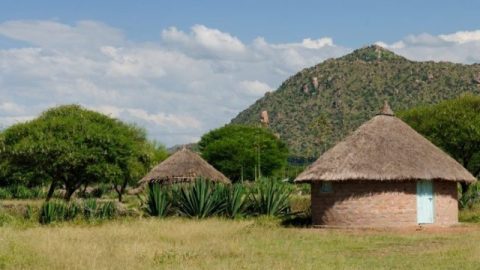 Just before I arrived to our house, I could feel the smell of ‘githeri’ and roasted ‘ugali’ in people’s huts. I knew I was already inside the village. Back in Arusha where I was studying, there were no things like ‘ugali’ or ‘githeri’. That is why I was soo happy when getting back home so I could taste some of these luxuries.

Alas! Before I took a bend to get into the road heading to our homestead, I saw Sally fetching water from a borehole. I had not seen her face but from her usual ‘behind’ physique and the protruding ‘gastrocnemius’ muscles, I definitely knew it was her. She was un-confusable especially to me. I could not forget my long time home friend. I walked towards her and before she could turn, I called out her name. 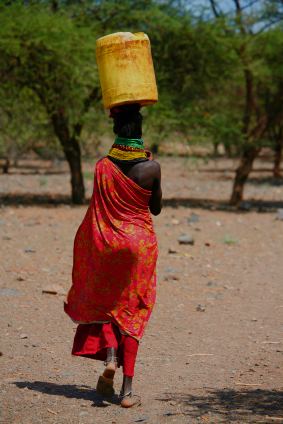 She looked back expressing some encouraging smile on her face.

‘Bony!’ she responded as she left her ‘mtungi’ on the borehole stand. She rushed towards me hugging me to my heart. I could feel her weight and bodily structures pressing on my body. She had grown I tell you. I could still manage her weight. She kissed me on my cheek.

‘Where have you been? Tanzania as usual?’ she asked.

‘Yeah. In Arusha. I am almost finishing my studies. I’m a finalist by the time I get back to the country.’ I responded as I held her arms.

‘Ooh! That is good. I am getting married soon to Mr. Muthama’s son as a second wife.’ She said as she tried to lift the ‘mtungi’. She did not seem bothered nor perturbed.

I could feel her though.

‘May I?’ I asked her if I could help her carry the ‘mtungi’, which she gladly agreed. I gave her my light bag to carry and I took her ‘mtungi’ of water. Mind you, it was a heavy one. She really had been accustomed to this excessive weight on her back. I knew her home so I led the way as we talked stories about this and that.

Within minutes, we arrived at their grass-thatched house. It was a big round hut with a pole at the Centre. The design above had been constructed soo well such that it made the house look beautiful. I put the ‘mtungi’ inside the main house as she instructed me to do. I sat inside the main room and waited for her to get back to the room so she could tell me more about her life.

After some time, she came back holding a kettle and two cups and put them on the table.

‘Hey, mum might meet us here. Let’s go to my room.’ She said as she held the kettle, cup again, and walked outside the house. I followed her to where she was going. Last time we were together, she did not have her own house (hut). She opened the door and got inside. I followed her inside the hut. There was no chair nor anything to sit on. There was only a wooden bed with a lot of hay as the mattress. I slowly sat on the ‘bed’. Hay was warm and comfortable; I could feel it. She served me tea and sat on the other side of the bed. She also put tea on her cup.

‘I could have given you bread but I don’t have enough cash. I didn’t know you were coming.’ She responded, as she seemed sorry.

‘Get my bag. I had some cash there. Pick ksh.500 and Use it to buy bread and some other things that you do not have.

She gladly said thank you and went to take my bag. She had left it at the living room.

The tea was too hot for me to drink. All I do was explore my eyes inside the room. I could see her clothes hanged above the ceiling of the house. Her slippers had worn out and developed a hole at the heel area. The room did not have a window such that when the door was closed, it could be dark. I kept inspecting the room fully ensuring what had changed and what had not.

After about 30-minutes, she came back. Her legs full of dust. Before getting inside the house, I saw her wash her legs inside a bucket until the thigh-length. She later got inside the house and put bread on the table. She seemed tidy.

‘By the way Bonny, I checked your bag and noted some very unusual items’ she said as she cut open the bread’s cover.

‘Shit, she had noted the condoms’ I talked to myself inside my heart. All I did was shake my head for sending her to my bag.

She gave me four slices and told me to start taking the now cold tea. I sipped as I looked at her in silent. She was also silent as sounds of swallowing became evident.

‘You miss it? What we used to do before you went?’ she said, as she looked at me with that chatoyant eye that I could not address myself.

‘Yeah. I miss it definitely.’ I told her as I dropped my cup gradually on the table and gazed at her. There was no time for hesitation, she took my bag and rip open the packets. She got closer and I could not continue faking my ‘holiness’. I grabbed her towards me and for the next hour, we kept doing what we used to do best.

It was 8pm already; I slowly wore my clothes and left the place. I was stinking sweat. I arrived at our homestead and took a bath before greeting my parents. They were soo happy to see me. They knew I would finish school and help them financially. The next day, I was to go to Nakuru for an attachment I had secured back when I was in school.

Back at the hut, Sally inspected the three condoms used. One had burst and ripped open at the end. She knew something was wrong. She had been HIV positive all along. She told herself, she would tell Bonny the next day about the issue.

The next day finally arrived and early in the morning, she walked towards Bonny’s house only to meet him gone. She asked about his whereabouts and could notmake it to reach him in Nakuru since there were no phones nor emails. Bonny himself had no contact. He did not even quote, where he was going to work at in Nakuru.

‘He just went like a nightmare’ Sally cried bitterly as she drunk her HIV drugs at her hut. She knew she had sired a new blood in him. She could not believe what she had done.

← The Catawampus – Caanan Estate Experience
​OBSESSION: I FELL IN LOVE WITH MY DOCTOR 3 →